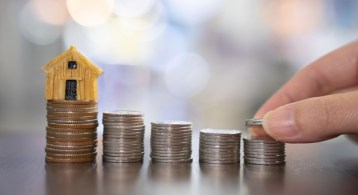 The real estate market is soaring today. Residential home values are rising, and that’s a big win for homeowners. In 2020, there was a double-digit increase in home values – a trend that’s expected to head toward similar levels this year.

However, skyrocketing prices are causing some to start questioning affordability in the current housing market. Many are quick to emphasize the fact that homes today are less affordable than they were last year. Black Knight, a leading provider of data and analytics across the homeownership life cycle, just reported on the issue.

The findings show the historical averages of the national payment to income ratio, which they define as “the share of the median income needed to make the monthly payments on the median-priced home.” Their study reveals:

Right now, housing payments are slightly less affordable than the five-year average – but only by less than ½ a percentage point. However, they’re significantly more affordable than the 25-year average. Put another way, a buyer will likely make a slightly greater financial sacrifice to afford a home right now than if they purchased a home within the last five years. On the other hand, it also means the potential financial sacrifice is not nearly as great as it was over the last 25 years.

Does making a sacrifice to buy a home today make financial sense in the long term?

Last week, the Federal Reserve announced that, in the first three months of the year, household net worth increased by $968 billion based solely on the values of the real estate they owned. Another report from CoreLogic reveals the average annual gain in homeowner equity was $33,400 per borrower.

Homeownership continues to be the cornerstone to building personal wealth. For most Americans, their home is the largest asset they own. On top of that, the difference between the net worth of homeowners and renters is significant at every income level. Here’s a table detailing that point using data from a study done by First American: 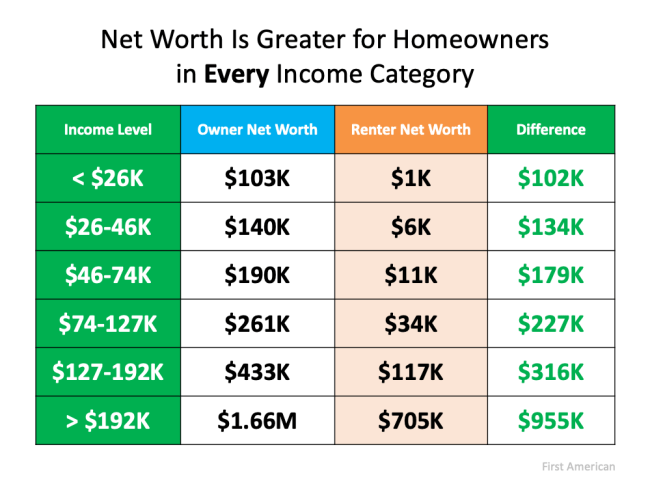 Owning a home is an essential steppingstone to grow a household’s net worth. Despite the slightly greater sacrifice in the percentage of monthly income you’ll spend on housing today, for most homebuyers, the payoff of starting to build equity now will be worth it.

Since prices have risen dramatically over the past 18 months, it’s slightly less affordable to buy a home today than it was a year ago. However, when you consider the equity gain and weigh the long-term benefits of building your net worth, you may question if you can afford not to buy now.