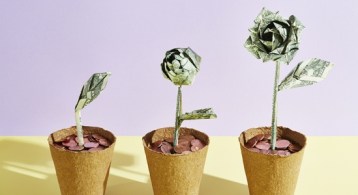 Earlier this month, the National Association of Realtors (NAR) released a special study titled Single-Family Home Price Gains by Years of Tenure. The study estimates median home price appreciation over the last 30 years based on the length of homeownership.

Below are three graphs depicting the most important data revealed in the study.

How much have home prices increased?

One of the first measures of the financial benefits of homeownership is the net worth (in the form of equity) an owner can build over time. The study showed the average increase in home values based on how long homeowners stayed in a home. 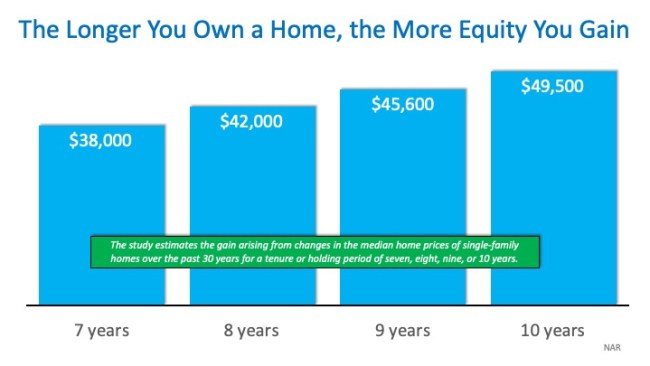 What was the percentage of appreciation?

Another way to look at this is by the percentage increase in value over time, called appreciation: 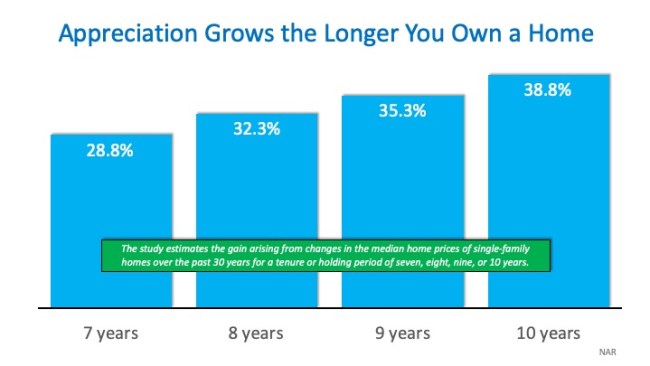 Was this appreciation consistent throughout the country?

Today, when we think of markets that have done well over the last decade, we have a tendency to think about San Francisco, San Diego, Seattle, and other West Coast cities. Though it is true the West Region showed the highest price growth over the last three decades, we can see how every region of the country did quite well in ten-year increments: 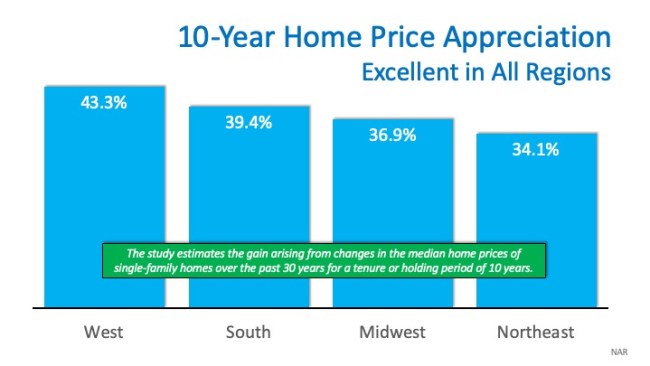 This data validates the claim that homeownership is great for building wealth. The importance of this information was highlighted in the study’s first sentence:

“Homeownership is an important source of wealth creation, enabling current homeowners and succeeding generations to move up the economic ladder.”

Homeownership has many financial and non-financial benefits. The accumulation of “housing wealth” through increased equity is a major one. If you’re thinking of buying a home for the first time or moving up to your dream home, the sooner you make the move, the sooner your net worth will begin to grow.

Thinking of Selling? Now May Be the Time.
How Your Tax Refund Can Move You Toward Homeownership This Year