Historic Filipinotown (Hi-Fi) is a hilly neighborhood made up of the southern sections of Silver Lake & Echo Park, bounded by Hoover St. on the west, Glendale Blvd on the east and Beverly Blvd on the south and Temple Street/101 to the north. In the 1950’s this are was cut off from their neighbors by the 101 freeway, which has kept this area kind of hidden, and allowed it to develop it’s own independent sense of community. The district was officially created and named in 2002 by then city-Council member Eric Garcetti.

This neighborhood is the first geographical designation by a city outside of the Philippines honoring the country and their people. Filipino Americans represent the largest population of Asian Americans in California. Filipino settlements in California date back as early as 1763 and were home to approximately 2,000 sailors and laborers. There are a number of enclaves where Filipinos lived in Los Angeles, but this area was the cultural center and where many of the churches were built. Many families began purchasing homes in the area in the 1940’s.

The neighborhood has a population of 25,000, 60 percent are Latino, and 25 percent are Filipino-Americans.

In Oct 2011, Michelle Obama recognized Hi-Fi as a Preserve America Community. The INC church above is influenced strongly by traditional Filipino architecture. 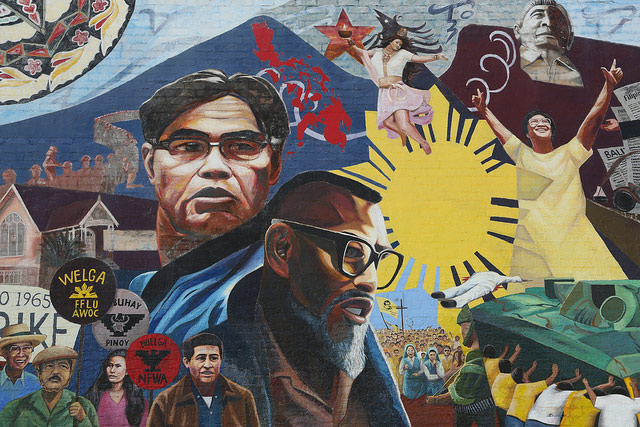 Bar 1642 is right next to Tamales Alberto on Temple Street. Tribal Cafe is just across the Street.
Places to Eat & Drink & Hangout in Hi-Fi

Views of DTLA from the east side of Hi-Fi.

Tribal Cafe has been a gathering spot for creatives since the 1950’s.

There are a number of new apartment buildings being built along Temple Street. This one is across from Bar 1642. And it is only 2-3 blocks from Echo Park Lake, you just have to walk under the 101 to get there.

You must check out Amsterdam Modern, an amazing warehouse of 1950-1970’s furniture, home decor.

The architecture in Hi-Fi is eclectic. Check out this crazy new single family house, reaching up to grab a great view of DTLA. 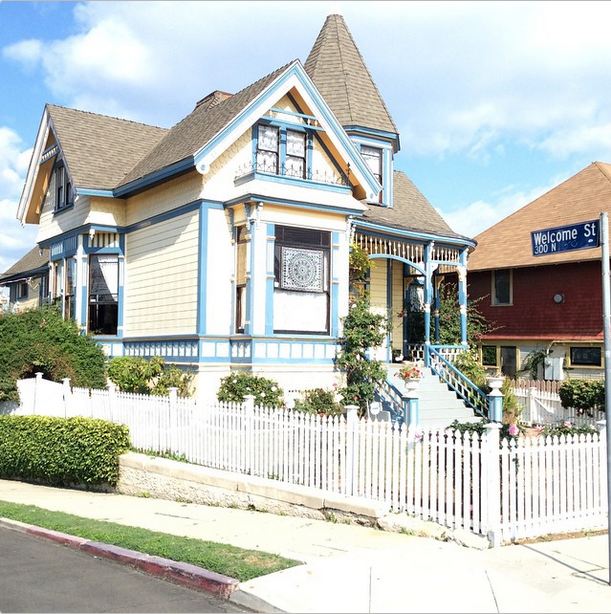 A few blocks away are streets with Victorians, Craftsman and art deco buildings. Some are well maintained (like above) and others need some TLC.

Get your bagels and flavored cream cheese here.

Distant views of the San Gabriel mountains can be seen from many Hi-Fi streets.

Looking down on the historic Western Exterminator sign that can be seen from the 101.

View of DTLA from the far west end of Hi-Fi, from the Temple Community Hospital that is being re-developed.

If you spin around you can see the Hollywood sign and the Observatory in the distance. You are really feel like you are in the middle of everything. Temple Street below.

Help us improve this neighborhood report.
What do you love about HiFi? Email me.

Thinking about buying a house? Download a FREE Buyer’s Guide