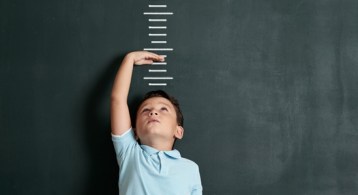 Unlike last year, the residential real estate market kicked off 2020 with a bang! In their latest Monthly Mortgage Monitor, Black Knight proclaimed:

“The housing market is heating entering 2020 and recent rate declines could continue that trend, a sharp contrast to the strong cooling that was seen at this same time last year.”

“Our first look at 2020 data suggests that we could see the most competitive home shopping season in years, as buyers are already competing over…homes for sale.”

Buying demand is very strong. The latest Showing Index from ShowingTime reported a 20.2% year-over-year increase in purchaser traffic across the country, the sixth consecutive month of nationwide growth, and the largest increase in the history of the index.

The even better news is that buyers are not just looking. The latest Existing Home Sales Report from the National Association of Realtors (NAR) showed that closed sales increased 9.6% from a year ago.

This increase in overall activity has caused Zelman & Associates to increase their projection for home price appreciation in 2020 from 3.7% to 4.7%.

Are we headed for another housing crash like we had last decade?

Whenever price appreciation begins to accelerate, the fear of the last housing boom and bust creeps into the minds of the American population. The pain felt during the last housing crash scarred us deeply, and understandably so. The crash led us into the Great Recession of 2008.

If we take a closer look, however, we can see the current situation is nothing like it was in the last decade. As an example, let’s look at price appreciation for the six years prior to the last boom (2006) and compare it to the last six years: 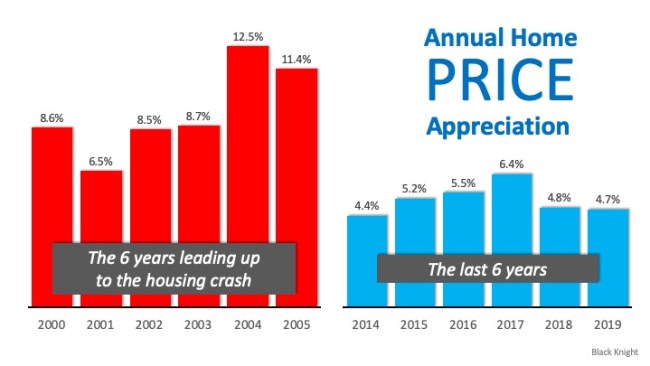 There’s a stark difference between these two periods of time. Normal appreciation is 3.6%, so while current appreciation is higher than the historic norm, it’s certainly not accelerating beyond control as it did leading up to the housing crash.

Today, the strength of the housing market is actually helping prevent a setback in the overall economy. In a recent post, Odeta Kushi, Deputy Chief Economist for First American explained:

“While the housing crisis is still fresh on the minds of many, and was the catalyst of the Great Recession, the U.S. housing market has weathered all other recessions since 1980. With the exception of the Great Recession, house price appreciation hardly skipped a beat and year-over-year existing-home sales growth barely declined in all the other previous recessions in the last 40 years…In 2020, we argue the housing market is more likely poised to help stave off recession than fall victim to it.”

The year has started off very nicely for the residential housing market. If you’re thinking of buying or selling, now may be the time to get together to discuss your options.

How Interest Rates Can Impact Your Monthly Housing Payments
Impact of the Coronavirus on the U.S. Housing Market